From this day, every month we will bring you a selection of our best photos on Instagram. We want to show Madrid in its pure essence through the eyes of “madrileños”. Follow us on Instagram! @ogotours

The Bakery House looks more beautiful than ever 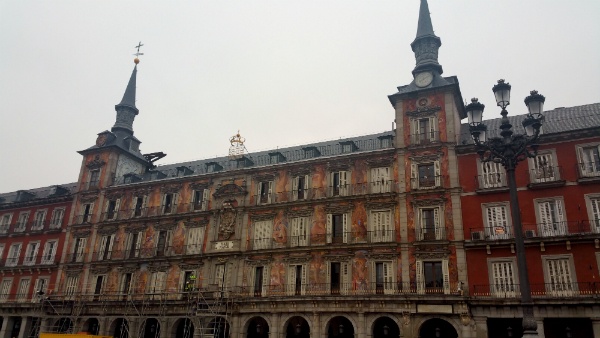 Without any doubt, the “Casa de la Panaderia” (Bakery House) is one of our favorite buildings in Madrid. During the harsh winter, low season for tourism in Madrid, the building has undergone extensive maintenance work. Fortunately, the work on the façade has been completed as set out in the contract and the building looks fantastic!!

After several months of work, researchers believe they have found the remains of the illustrious Miguel de Cervantes. The most famous Spanish writer of all time was buried in 1616 in the Convent of the Trinity, which is located in the charming “Barrio de las Letras” (Literary Quarter) where Cervantes lived for years.
A team of anthropologists, archaeologists and scientists have found the exact niche where the remains of Cervantes and his wife were laid to rest.

This picturesque district is preparing to receive a flood of tourists and shops windows already exhibit pictures, objects and souvenirs related with Miguel de Cervantes. This lovely shop (Amieva-Mexico), which almost goes by unnoticed, will delight lovers of history as specializes in antique books and old photographs (address: Calle de las Huertas, 20). 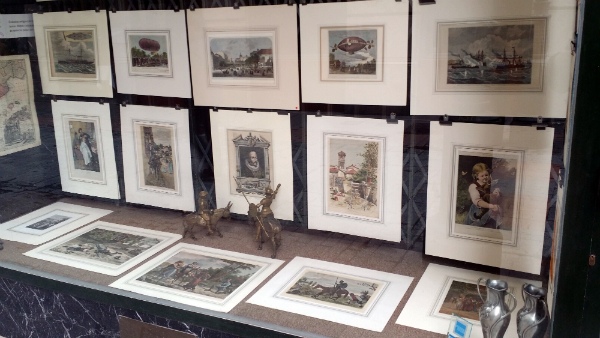 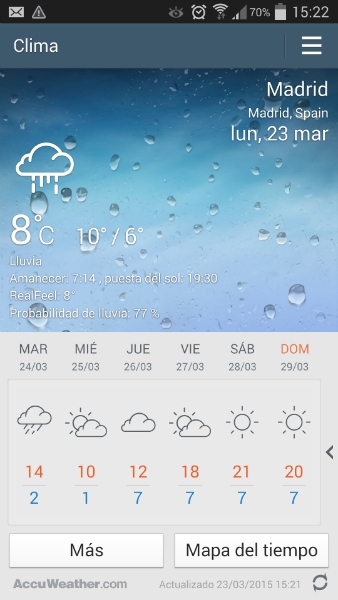 The calendar turned to Spring last Saturday but not before one last blast of winter. During the whole week, temperatures have dropped to 5ºC and clouds have covered the entire sky of Madrid. Fortunately, bad weather does not last long in Madrid and forecast is favorable for the weekend and the Holy Week!

The charming Santa Ana Square hides places worth visiting such as the “Teatro Español” (Spanish Theatre). The sqaure in question was promoted by Napoleon’s brother, Joseph Bonaparte who was reigning in Spain from 1808-1813.
From the late sixteenth century this place was chosen by King Philip II for the representation of comedies, making it one of the oldest theaters in Europe. Nevertheless the building we see today dates from the late nineteenth century.
If you want to be updated about new plays, dates or interesting facts, you can follow them on twitter (@teatroespanol).

Discover Madrid like a local with OgoTours! Our guides love sharing their favorite spots in town and the fascinating history of Madrid, you will understand why Madrid is the amazing city that it is today. 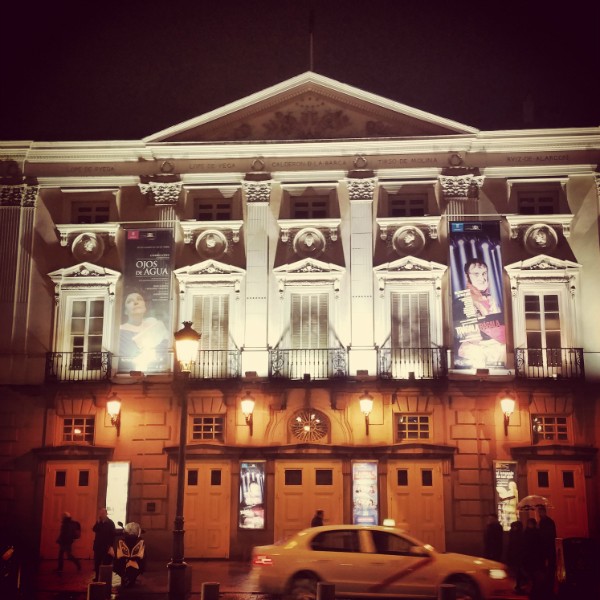