Temple of Debod - The Oldest Building in Madrid

In this post, we want to tell you about one of the most exotic and mysterious buildings in Madrid: the Temple of Debod. Interestingly, this building has the distinction of being the oldest building in Madrid, dating back more than 2000 years ago. But here’s the thing. At that time, the city of Madrid didn’t even exist yet. So, who built this building?

Origin of the Temple of Debod

Although it might seem hard to believe, this building was built in Egypt in the year 200 BC by order of the Nubian king Adikhalamani. The place chosen for the temple was the small city of Debod on the banks of the Nile River. Back then, Madrid didn’t even exist, and the place that the city stands today was very far away from civilization in those days.

From its construction more than 2000 years ago, the temple was dedicated to the god Amun, also known in Ancient Egypt as the god of the wind and the “King of Gods”. It was believed that the mere mentioning of his name would petrify the crocodiles in the Nile.

Forgotten for 12 centuries, the temple remained intact until the 20th century, when the Egyptian government began construction on the Aswan Dam (1961). This dam had the essential function of preventing the constant flooding of the Nile that devastated their crops. But there was a problem. The construction of the dam meant that the Temple of Debod had to be destroyed, along with other historic buildings.

How did Temple of Debod get to Madrid?

It is at this moment when an international delegation made up of experts from different countries (Spain, Poland, United States, and others), in coordination with the Egyptian government, took action to save the endangered buildings. As a token of appreciation, the Egyptian government decided to donate some small temples to those countries that had collaborated on the endeavor. The Temple of Debod was taken apart stone by stone, and all the original inscriptions that had been damaged by floods were restored. Later, the blocks of stone were taken to the Port of Alexandria.

On June 6, 1970, a huge ship transported all the stone blocks to the Port of Valencia (Eastern Spain). Once there, trunks transported the temple to Madrid, where it was rebuilt like a gigantic puzzle thanks to a team of expert Egyptologists. The place chosen for the temple was a small hill near Plaza España (“Parque de la Montaña“), right where some of the bloodiest battles in the Spanish Civil War took place (1936-1939).

Today, the Temple of Debod is one of the most popular places for Madrilenians. In the evening, hundreds of Madrilenians and tourists alike gather there to see the gorgeous views of the city as the sun goes down.

If you want to see Madrid like a true local, book our Free Tour now. You’ll discover hidden gems, traditions, oddities, and much more. 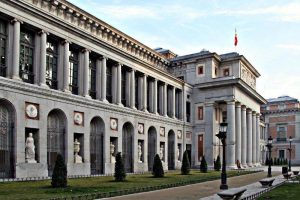 Free Things to Do in Madrid

Free Things to Do in Madrid Despite the fact that Madrid is one of the largest and most visited cities in Europe, the Spanish capital 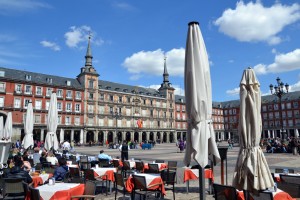 Plaza Mayor in Madrid We could say, without fear of being mistaken, that Plaza Mayor is one of the most representative icons of Madrid. Every