The Lady of Elche

Since its discovery in the nineteenth century this marvelous stone bust (5th century BC) has become an icon of Spanish culture. In fact, many experts consider this sculpture as one of the biggest archaeological finds in recent times in Europe. Its oriental features, its enigmatic eyes or the strange crown continue to pose a mystery for scientists and archaeologists.

Currently, all those who travel to Madrid can visit the National Archaeological Museum and admire this unique piece that leaves no one indifferent with its mysterious look.

Discovery of The Lady of Elche

On August 4, 1897 a 14 year old was working in the countryside, when suddenly he found a rare stone. He began to dig and, to his surprise, he discovered a fascinating bust which was staring at him. The sculpture had been deliberately buried in that place by someone: the bust was located in a semicircular hole and protected by two stone slabs.

This incredible discovery took place in the small town of La Alcudia (Elche, Alicante), a place chosen by diverse civilizations such as Greeks, Romans, Carthaginians and Iberians to found cities, military camps, etc.

After an exhaustive study, it was concluded that the sculpture belonged to the mysterious Iberian culture which spread across Eastern and parts of Southern Spain. This culture reached an enormous degree of development and refinement as they were under the influence of others Mediterranean cultures such as Greeks, Phoenicians, etc.

A detailed study of the sculpture showed that there were traces of pigmentation of different colors. This fact evidences that the bust was painted (see illustration by Francisco Vives).

Perhaps, the most surprising is that initially, the Spanish authorities did not give importance to this finding. In fact it was undersold (about 30€) by the owner of the farm where it was found to a French Hispanist in order to be exhibited at the Louvre Museum (Paris).

The Lady of Elche was in Paris until 1941, when France, harassed and ravaged by Hitler’s Germany, accepted an exchange of works of art with the Spanish Government. According to experts this exchange was extremely unfavorable to France. That was how, after almost half a century, the Lady of Elche returned to Spain.

Meaning of The Lady of Elche

When The Lady of Elche was discovered, the country was undergoing a severe economic, cultural and identity crisis. For much of the nineteenth century Spain had been losing one by one its colonies in the Americas (Argentina, Mexico, Venezuela, etc.).

In 1898 Spain lost Cuba, Puerto Rico and the Philippines (last Spanish colonies) against the powerful US army. After this humiliating defeat, the country was sunk morally, which is reflected in the Spanish literature by the so-called Generation of ’98 (Miguel de Unamuno, Antonio Machado, Pio Baroja or Ramiro de Maeztu).

Some experts considered the Lady of Elche as a deliberate attempt by the government to lift the spirits of a depressed and disheartened nation. In truth, the discovery was used as a link to reconnect with our past and feel pride.

Fortunately, later studies dismissed all fraud theories and showed the authenticity of the work. Archaeologists stated that the bust was used to deposit ashes of human bones (see hole in the back of the bust).

During the time that The Lady of Elche was in France, Francisco Franco had a great desire to recover this work. Thanks to the pressure of Germany, France had no other option than to yield. The Spanish press of the time covered the news as a victory for Franco and a way to discover our roots.

If you want to discover this fascinating enigma of history, do not think twice and visit the National Archaeological Museum in Madrid! 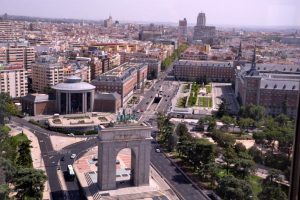 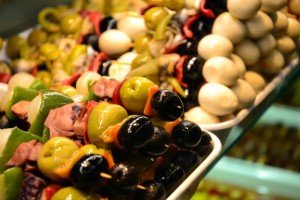